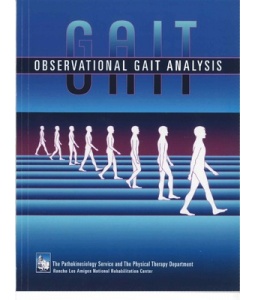 The team at Rancho Los Amigos used the term Observational Gait Analysis as long ago 1989 when they published their Handbook. The photo below is the cover of the 4th edition from 2001. The most recent edition is an app for the iPhone which you can get download from iTunes (doesn’t seem to be any Android equivalent yet unfortunately). Brigitte Toro picked up on observational gait analysis (OGA) and introduced video-based observational gait analysis (VOGA) in a review article a few years ago now (2003). If we used these terms carefully there would be clear ground between them and clinical gait analysis which could be reserved for the instrumented approach.

I was, however, interested by the comments of Professor Phil Rowe from Strathclyde University speaking at one of the satellite events orbiting ESMAC in Glasgow this year and focussing on the word analysis. His point was that analysis is a process of thinking which requires some data.  It is thus not possible to perform a clinical gait analysis without some sort of instrumentation to provide those data. On this basis it would be inappropriate to refer to clinical observation of walking (either direct or through video recordings) as analysis. Perhaps clinical or observational gait assessment  are more appropriate terms (although we then end up with the same acronym, CGA). The surgeons in Melbourne also used to talk about gait by observation which seems another sensible alternative. As an engineer I quite like Phil’s line of reasoning and think a distinction between a true analysis of data and an observation of patterns is useful.

But maybe things aren’t so clear cut. Wikipedia defines analysis as the process of breaking down a complex topic into smaller parts to gain a better understanding of it. This definition doesn’t actually require any data.  It’s also true that whenever I’ve heard observational gait assessment being taught the focus has been on breaking down the overall gait pattern into smaller parts, either by plane or level, or both, to aid understanding. Maybe I’m being over-protective in trying to restrict the term analysis to instrumented processes. Any comments? 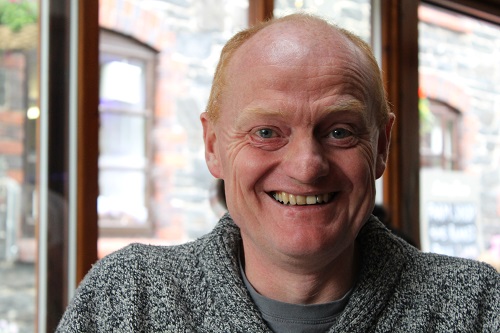